With the return to the routine of living in the shadow of the Corona virus (COVID 19) we are facing a new world with new rules.

To maintain and isolate the healthy population from those suspected of being infected, we are required, among other things, to measure the heat, control and record when needed anyone entering a public building, institutional area or a business.

The clientele, employees or guests must be checked at every entry point, which is one of the requirements that are currently being introduced for the reopening of any business, office or educational institution in the framework of life alongside the virus.

We have innovative technology solutions that meet all the requirements: 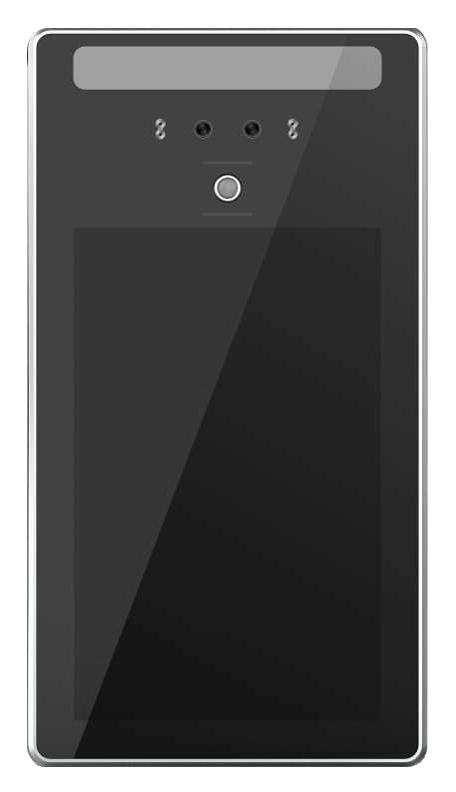 Through the use of a tablet with a smart camera + integrated thermal camera we can identify those entering while at the same time measure their body heat.

The system can create a log and interface with central management software when needed.Our company was OEM manufacturer together with manufacturer’s in Israel and around the world developing and manufacturing systems tailored to the needs of the end customer and it appears that this product is going to be part of our portfolio, and become an effective tool even after the Covid 19 pandemic.

Artificial Intelligence AI – Interior Control Systems (Biometric Entry Control / Biometric Identification,Sign-in control exists today by typing in a code, fingerprint, or proximity tag. Face recognition is the next thing and its advantage in the Covid 19 virus is the possibility of measuring contactless body heat automatically while retaining information and being able to recover this if an epidemiological investigation is required.These systems can be used as an addition to time stamps clocks (we work in tandem with the many of Israeli companies leading in this field), entry control systems or interfacing with existing systems deployed in the organization 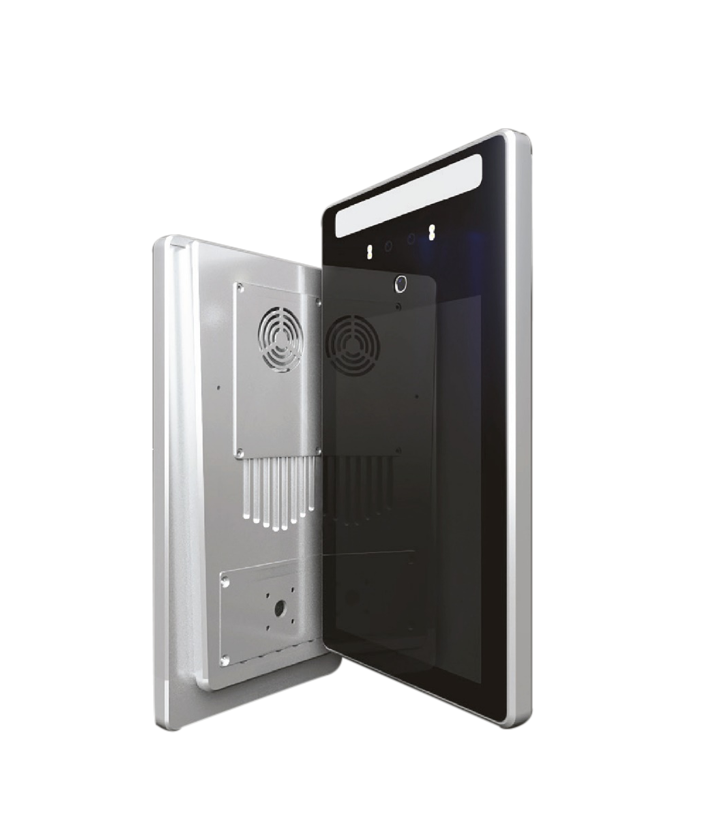 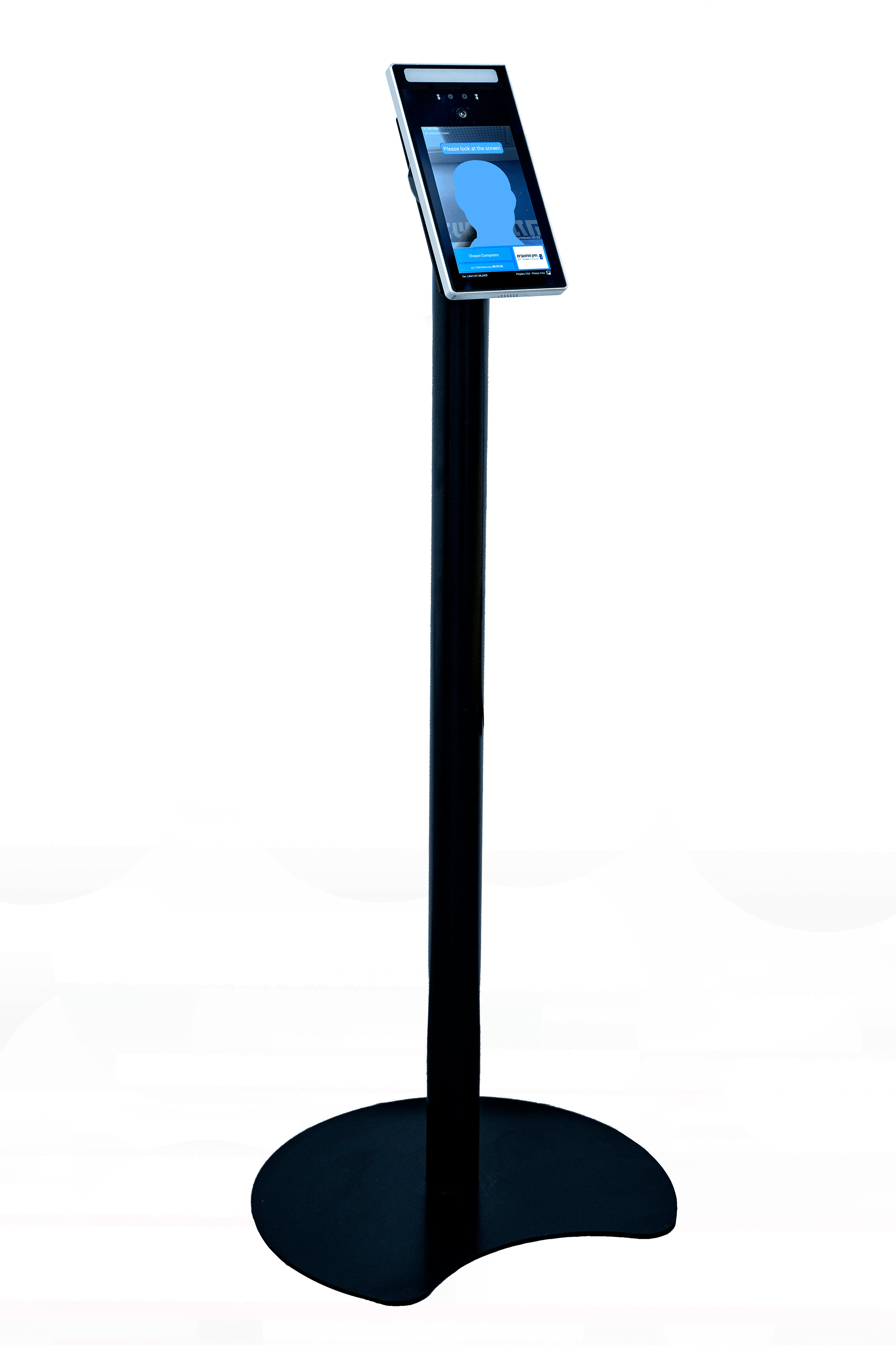 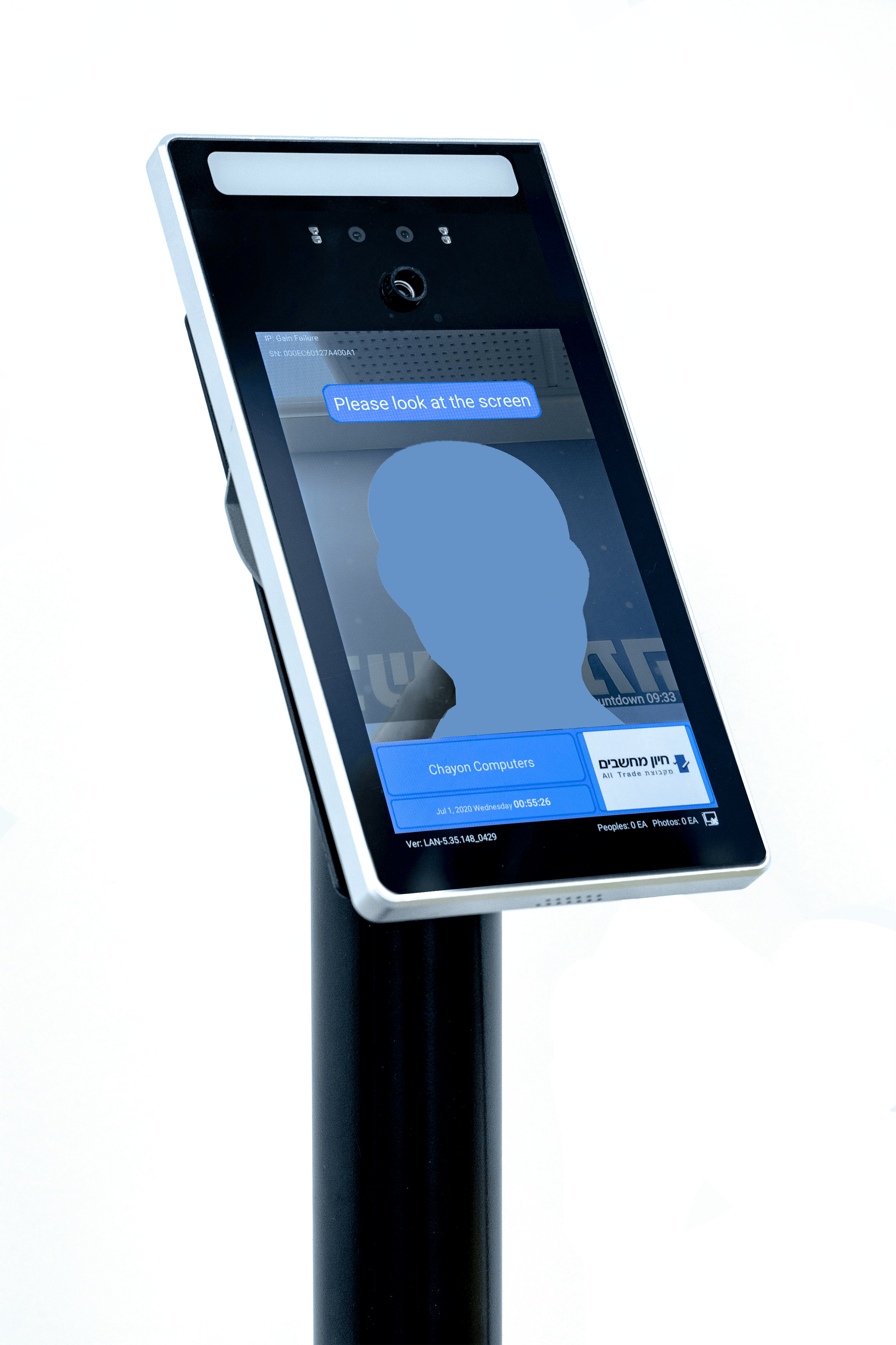 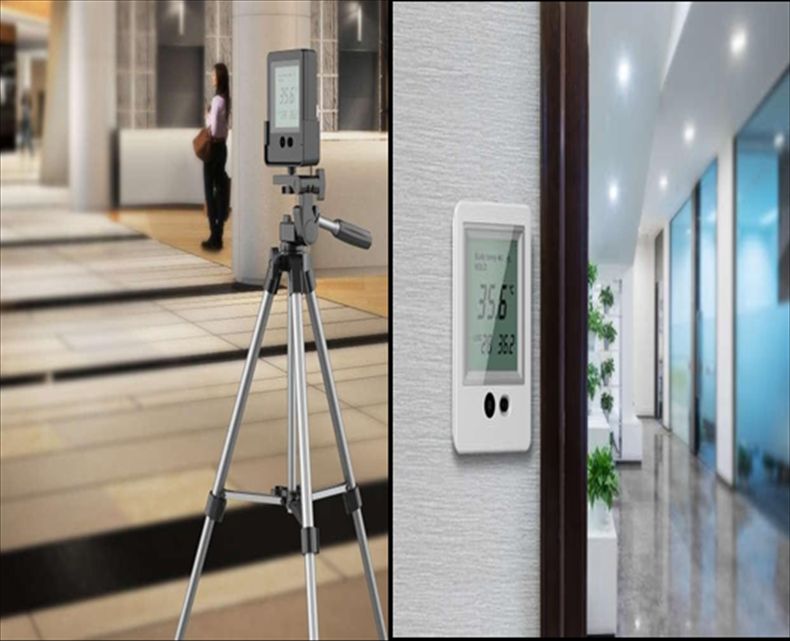 Using an integrated thermal camera system, we can measure the temperature quickly and without touch.

This system replaces hand held thermometers, which requires a person to handle and is not designed to work in front large crowds.

The tablet can be installed on a wall, desk stand or permanent floor stand of your choice 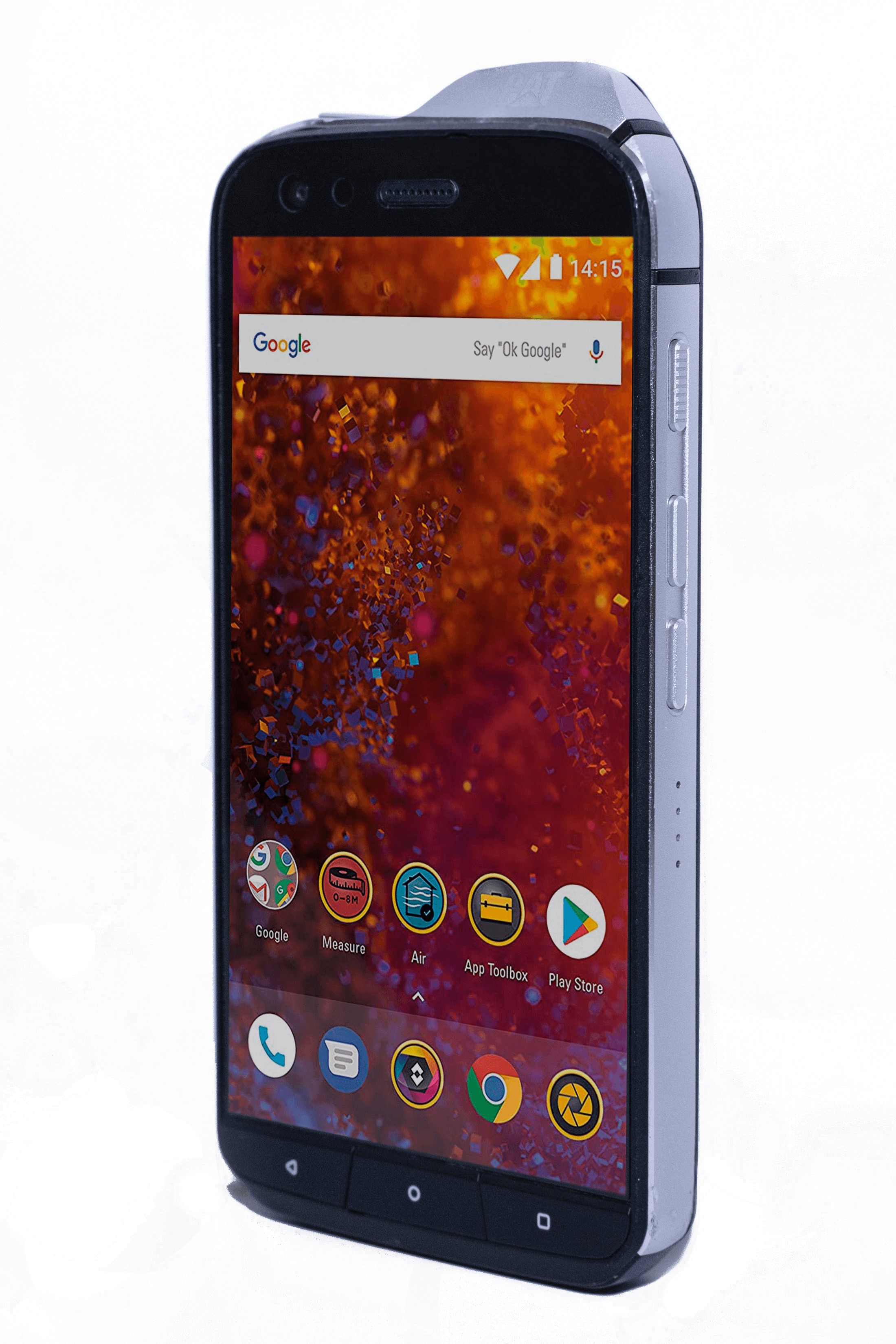 The C61h was the first smartphone with an integrated thermal imaging camera. This product, designed, engineered and manufactured by the UK’s leading rugged handsets provider, Bullit Group, is part of the company’s range of successful phones. FLIR Lepton’s embedded thermal cameras have proven to be a vital tool in a multitude of areas, industry and the rescue forces and more.

This makes thermal imaging an ideal technology for initial screening of groups of people as they pass near a thermal camera, as high skin temperatures that may result from heat will clearly appear as a contrasting colour in the display. This allows people who exhibit high temperatures to be detected relatively easily and without interaction, after which additional information or tests can be collected to ensure that the person is not a risk to the health of others.

Although there are independent thermal cameras, the integrated thermal camera in the C61h offers several advantages:CH phones are ruggedized to a military specification device. This means they are tough and sturdy, making them suitable for use in any environment, indoors or outdoors. They are rigorously tested for harsh environmental conditions, tested at extreme temperatures, resistant to scratches and damage and built to survive. They can be cleaned and disinfected periodically, or after use. The C61h is IP68 certified, meaning it is impervious to dust and dirt and can be fully immersed in liquid. They can be cleaned with hot or cold water with soap or detergents, or disinfected with alcohol jelly. They can be connected devices. As smartphones, thermal images, or other data collected, can if necessary be, shared, streamed, or viewed through a USB connection, WiFi or cellular connections. 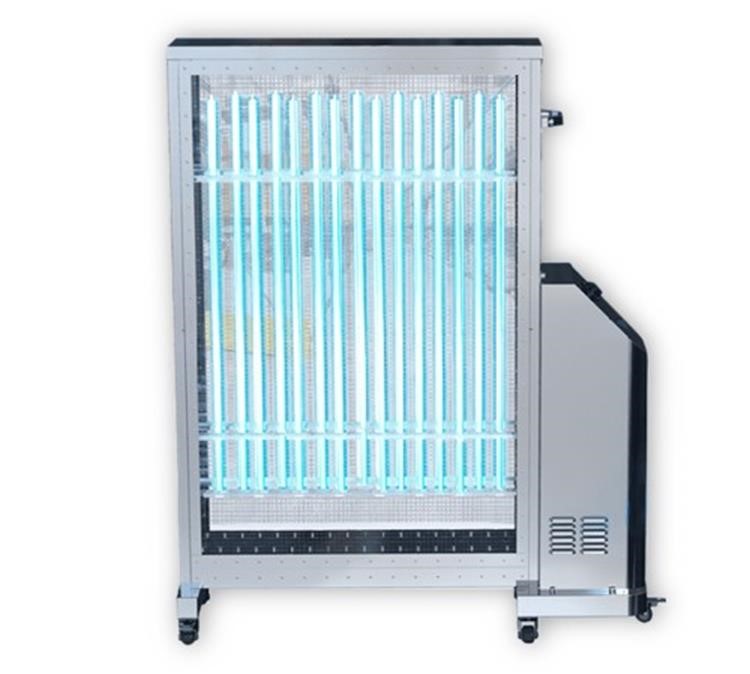 Sick building syndrome (SBS) is a common worldwide health concern, where people in a building suffer from symptoms of illness or become infected with chronic disease from the building in which they work or reside.

Using UVC theology we can sterilization every space

“Ultraviolet C or UV-C is a disinfection method that uses short-wavelength ultraviolet (ultraviolet C or UV-C) light to kill or inactivate microorganisms by destroying nucleic acids and disrupting their DNA, leaving them unable to perform vital cellular functions. UVC is used in a variety of applications, such as food, air, and water purification.

UV-C light is weak at the Earth’s surface since the ozone layer of the atmosphere blocks it. UVC devices can produce strong enough UV-C light in circulating air or water systems to make them inhospitable environments to microorganisms such as bacteria, viruses, molds, and other pathogens. UVC can be coupled with a filtration system to sanitize air and water.

The application of UVC to disinfection has been an accepted practice since the mid-20th century. It has been used primarily in medical sanitation and sterile work facilities. Increasingly, it has been employed to sterilize drinking and wastewater since the holding facilities are enclosed and can be circulated to ensure a higher exposure to the UV. In recent years, UVC has found renewed application in air purifiers.” – Source Wikipedia

Meaning we need to sanitize constantly 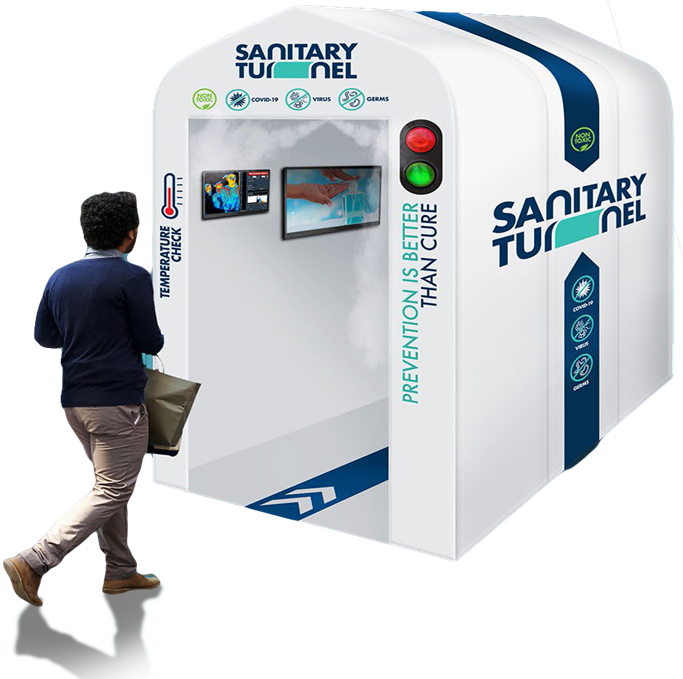 Globalizing , increasing population and factory farming makes spread of worldwide killer disease investable. Covid-19 was a rude awakening for the world forcing us to change the way we operate our lives, mask and gloves become the “new normal” and social distancing is term everyone knows , but many are still fearful of what is next to come. We need non- toxic and effective solutions to replace the current toxic and inadequate solutions to combat future outbreaks.

Electrolyzed water EW sanitization solutions have in popularity as novel broad – spectrum sanitizers due to their highly effective protective properties against an array of pathogens. Puerfic’s and Sanitary Tunnel full line of electrolyzed water bio sanitation products are 100% natural, safe for human beings and the environment. We offer customizable sanitation programs to facilitate the needs of any industry and offer variable size models that are tailor made any size traffic volume. 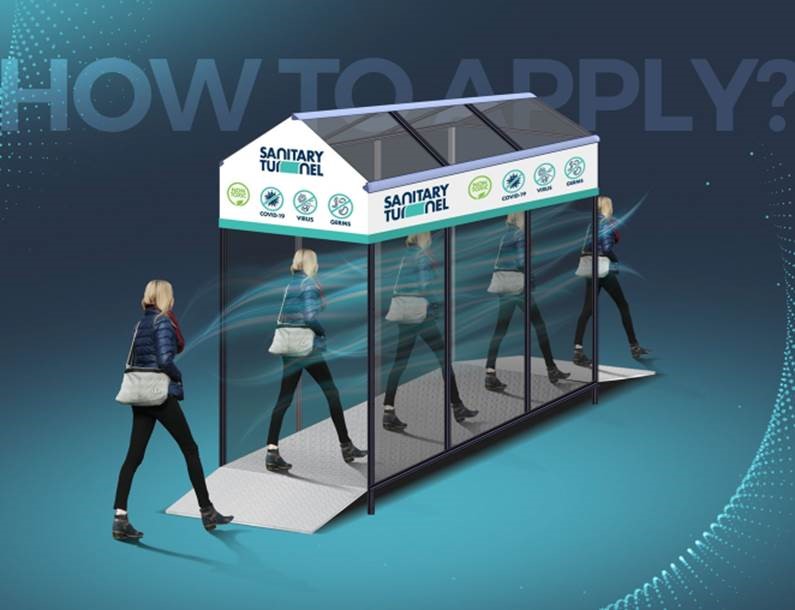 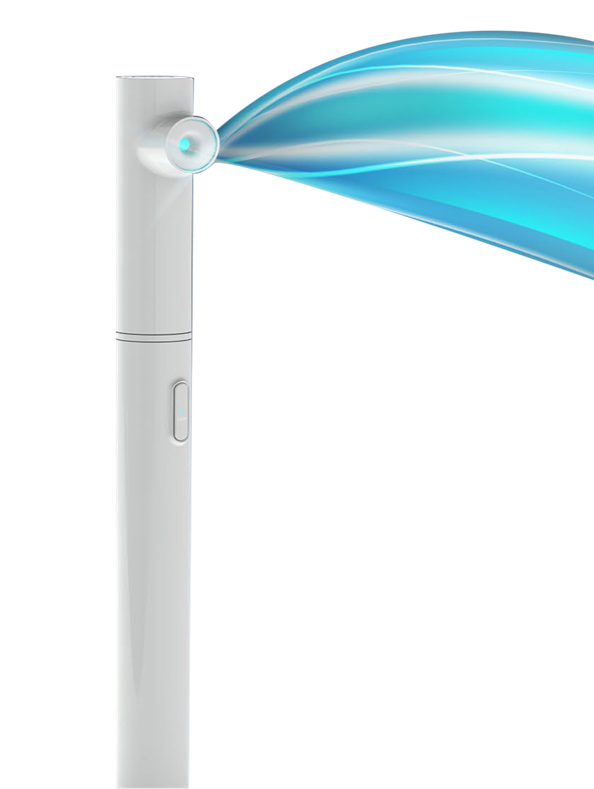